Due to COVID-19 and per ADA recommendations, until Tuesday, 4/7, we will be limiting appointments to "emergencies only" between the hours of M-F/10am-4pm and Saturday/9am-2pm

When dentists poke around inside your mouth while simultaneously asking you questions about how often you floss, it’s not just cavities they are looking for – and there’s a lot more than tooth decay that they can see.

The health of your mouth, particularly your gums, has major implications for your general health.

It’s probably no surprise that dentists look for signs of oral cancer when examining the mouth. But some far less obvious health conditions show up in your mouth too.

Medical conditions are more likely to show up in the gums and mouth than the teeth themselves, though ignoring those gum conditions and not flossing can lead to some pretty nasty teeth issues.

“I see people coming in who are meticulously dressed, women and men, who have their hair and nails done, are very interested in health – and these are patients who haven’t seen a dentist in years,” he says.

Almost 50% of adults have some form of gum disease, which is the leading cause of tooth loss and a sign of many other health issues as well.

Here are seven things that a dentist can tell from looking in your mouth.

1. You are pregnant. Small red growths of the gums and between teeth, frequently referred to as pregnancy tumors, show up in about 5% of pregnant women. They aren’t dangerous, but can be associated with increased sensitivity in the mouth, which means that some people need extra dental care while pregnant. “I diagnosed a pregnancy on a women before her obstetrician once,” says Froum.

2. Light pink pale gums can be a sign of anemia , according to Dr. Sally Cram, consumer advisor for the American Dental Association and a periodontist in Washington, D.C. When people are iron deficient, their gum can lose the normal red color and turn pink or even white. 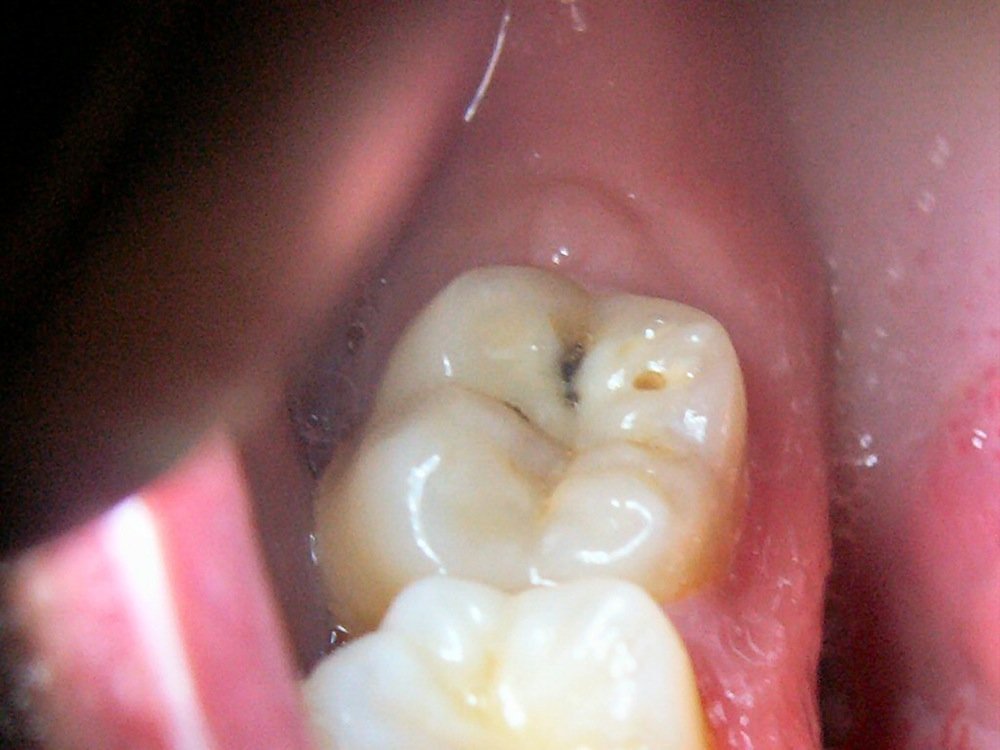 3. Many antidepressants cause dry mouth, which can lead to cavities. SSRIs like Prozac, Paxil, and Zoloft commonly have this side effect . While these drugs can help people manage mental health issues, some decrease the flow of saliva, which acts like a protective agent for teeth. Dentists who notice the issue or are alerted to it can recommend sprays, saliva substitutes, or other strategies for protecting teeth. Certain antihistamines, which are frequently used to treat allergies, can cause similar dry mouth issues.

4. You’re stressed out or anxious. Froum says that during medical school exams at NYU, he usually gets a steady flow of patients complaining of sensitive gums and teeth, who say “this is the worst time for this to be happening.” Unfortunately, “the worst time” is a frequent trigger for gum problems, as people are more likely to neglect oral hygiene and are likely to have an increased amount of stress hormones like cortisol in their body. Higher levels of cortisol are stronly associated with inflammation and make it harder for your body to fight infection. Those stress hormones and associated inflammation also lead to gum disease, which can cause tooth and bone loss.

5. Frequent infections called abscesses at the root of a tooth or on the gums in between teeth are a common side effect of diabetes. Dentists might be the first to diagnose diabetes in many patients, as these infections, which can be painful, frequently bring someone to a dentist’s office. Healthy people can develop abscesses, but people with diabetes have an increased risk. Someone who is having trouble managing their blood sugar is especially susceptible to these infections, and the inflammation abscesses cause can in turn make it harder to control blood sugar. That interplay can create a nasty cycle.

6. Autoimmune diseases such as lupus and Crohn’s disease can cause sore red spots in the mouth. Lichen planus , another condition that seems to be linked to immune function, frequently shows up as sores on the skin and white spots in the mouth. These spots may be tender or painful and can lead to mouth ulcers, which can be dangerous, but the spots themselves usually respond to treatment.

Gingivitis, shown here, is usually a precursor to more serious periodontitis, which is associated with tooth loss, heart disease, diabetes, and other conditions.

7. Heart problems are associated with gum disease as well, though Froum cautions that no cause-and-effect relationship has been found. Still, people with periodontal issues are more like to suffer from heart problems. Researchers think the relationship may be related to underlying issues with chronic inflammation.

One common link with many of these conditions is particularly important to note: dealing with these issues in the mouth can make it easier to find and treat conditions that affect other parts of the body as well.

“Controlling the one condition or the other can benefit people,” whether you start with the one in the body or the way it shows up in the mouth, says Cram.

It’s a good reason to make sure to schedule an annual visit to a dentist, even if you’re lucky enough to have never had a cavity.